In our first episode, Al and Frank speak with Kent Couch—a cluster balloon pioneer and retailer from Bend, Oregon. Couch’s Stop and Go convenience store offers dozens of varieties of beer, kombucha, and other beverages on tap. Couch embraced growlers early, eventually becoming a founder of the Growler Guys franchise. Growler Guys now operates in five states. Couch also made international news beginning in 2007 for his attempts to fly a deck chair attached to hundreds of balloons. His final flight was in 2012.

“I don’t know of an independent [retailer] who isn’t happy to go to work.” 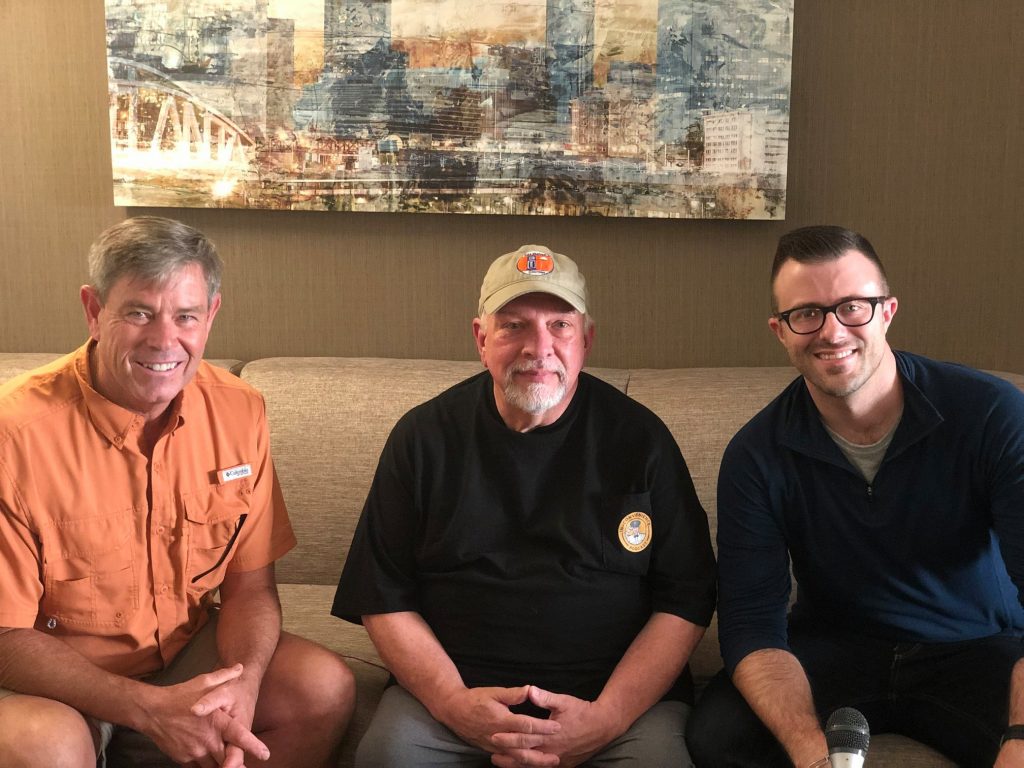 Kent Couch is a blend of humble hard work and entrepreneurship that reaches to the sky, both literally and figuratively.

Kent began working for a large grocery chain when he was only 15 years old. By the time he was 19, he became the youngest person ever to start the company’s management program. A few years later, he was the youngest in his division to achieve store manager. He worked for that chain for nearly 20 years.

Kent and his wife, Susan, purchased their convenience store, Stop and Go Mini-Mart/Shell in 1997 and realized they had hit their sweet spot. Kent’s passion for customer service and marketing begin to pay off. Kent became actively involved in the industry and later served on the Board of Directors of the National Association of Convenience Stores. (NACS)

Kent especially enjoyed the fast pace and opportunity to implement his creative ideas. Additionally, Kent’s genuine love for people helped him find ways to motivate his employees to enjoy what they do while striving for excellence. One such idea is the gas attendants who dress in white with white soda jerk hats. Everyone remembers them.

In keeping with Kent’s adventurous nature, he was watching myth busters on TV on a cold winter day and the show was questioning whether it was physically possible to lift a person up with helium balloons. When they finally determined they could, they only allowed the person to go the length of a rope. He remembers thinking, “they proved it could be done, why stop there?”

He began researching how he could really fly in a lawn chair. Kent’s first balloon flight was in 2006. The first time a balloon popped while he was flying, it was frightening, but soon he learned how full he should fill the balloons in order to keep them inflated. With each flight he became more proficient in knowing how to safely navigate for longer distances. He loved the feeling of flying, just being propelled by the wind through the air. It was so peaceful and quiet. He could hear a cow moo or children playing below.

One flight he flew from Bend, Oregon to Cambridge, Idaho and for a good portion of the fight he flew over 50 miles an hour at 18,000 feet. He completed five flights total, saying “you know, you get through a winter and sit around dreaming what you’re going to do and the next thing I know, I’m doing another balloon flight.” It worked well as a marketing tool because people would come to Stop and Go from all over to see “the balloon man.”

Kent was featured on Jay Leno, The TODAY SHOW, Good Morning America, Fox News, CNN and other major networks for his courageous flights. However, after his last flight in 2012, the FAA grounded him because he had taken someone with him.

Kent has a caring heart and when he heard from a friend of theirs, Nita Belles, founder of IN OUR BACKYARD, that labor and sex trafficking was happening right in our nation, he wanted to help where he could. He volunteered to place Freedom Stickers in the restrooms of his c-store. Freedom Stickers (which contain the national human trafficking hotline) are placed inside restroom stalls since that is often the only safe time a victim of human trafficking is alone and can ask for help. To Kent’s shock, in less than two weeks, someone had scratched out just the hotline number.

Kent was not dismayed, he said that vandalism only spurred him on. Now certain that it was really happening, he enlarged the Freedom Stickers and put them in a nice frame. While they have still been damaged at times, Kent is committed to hosting the pathway to freedom they provide.

Kent serves on the Board of Directors of IN OUR BACKYARD and works closely with Nita Belles and her staff, helping implement their program which is geared specifically to c-stores: CSAT (Convenience Stores Against Trafficking). Nationwide, victims of trafficking have been recovered. One woman and her children were recovered because of the Freedom Stickers at Stop and Go. Literally, Kent and others are saving lives with this program.

When Kent is not putting in long days at Stop and Go, he enjoys traveling and spending time with his wife Susan and their five children and 12 grandchildren. “Dream big and achieve your goals” is Kent’s motto in life and he has obviously lived by that motto valiantly.